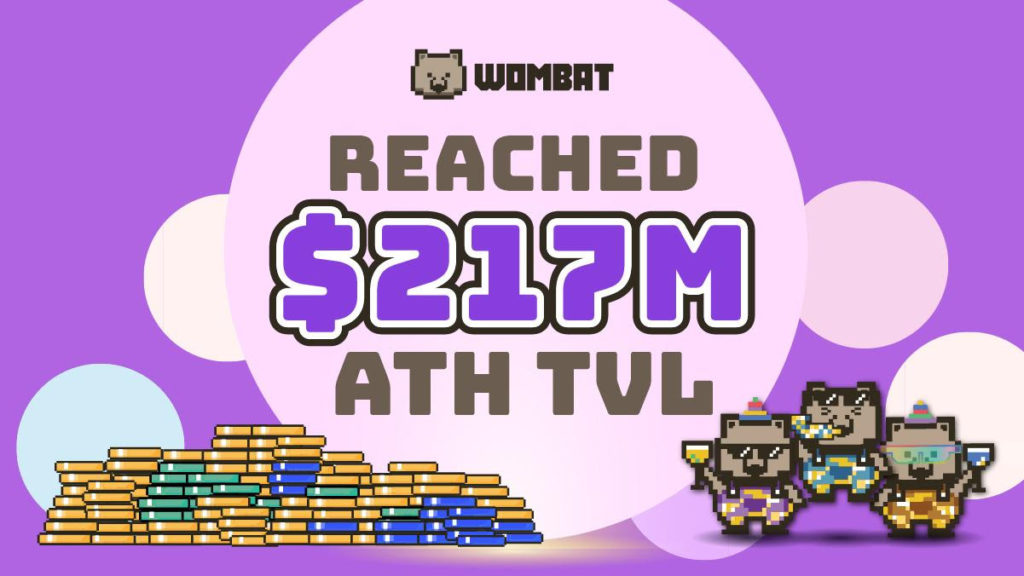 Multichain stableswap exchange Wombat has broken record to top the stableswap market with the highest total value locked (TVL) in 24 hours. This comes after BNB Chain users deposited $217 million in the exchange on the first day of its operation. As a result, Wombat’s stablecoin TVL now exceeds that of DEXs such as Ellipsis Finance and MDEX.

In addition, the exchange has over two million $WOM locked, making up about 15% of the token’s circulating supply. With this in mind, Wombat is currently the third largest decentralized exchange on the BNB Chain at $213.4M in total value locked according to Defi Llama.

Wombat to build its own ecosystem

With the massive progress that Wombat is making, the exchange has indicated it wants to build its own ecosystem. This will allow the building of more protocols on the exchange and also enable it to expand to other EVM networks, making it a multichain stableswap protocol.

Being the the first stableswap to adopt a single-sided liquidity pool design on BNB Chain, Wombat offers more flexibility to retail users. In fact, it may become Stableswap 2.0 in the near future, and here is why.

The lack of a sustainable stableswap drove Wombat developers to launch the BNB Chain which DeFi traders increasingly rely on heavily. through an innovative algorithm design, they re-engineered the stableswap experience, by enabling lower slippage and greater capital efficiency.

Wombat is the first protocol to incorporate an ‘equilibrium coverage ratio’ and sustain the overall health of an ecosystem as well as safeguard users’ funds. It can also identify and manage risks before any real damage is done. In addition, the mechanism is efficient and scalable, and achieves lower gas fees and better liquidity management.

With this in place, Wombat is poised to build its own thriving ecosystem, which is already under construction. It will comprise an incubation lab to support projects building on top of Wombat and contribute immensely to DeFi growth in general. $WOM token holders will also benefit through an in-built mechanisms intended to reward holders of the governance token.