Why Did This Crypto Suddenly Surge 300% In Trading Volume Today? 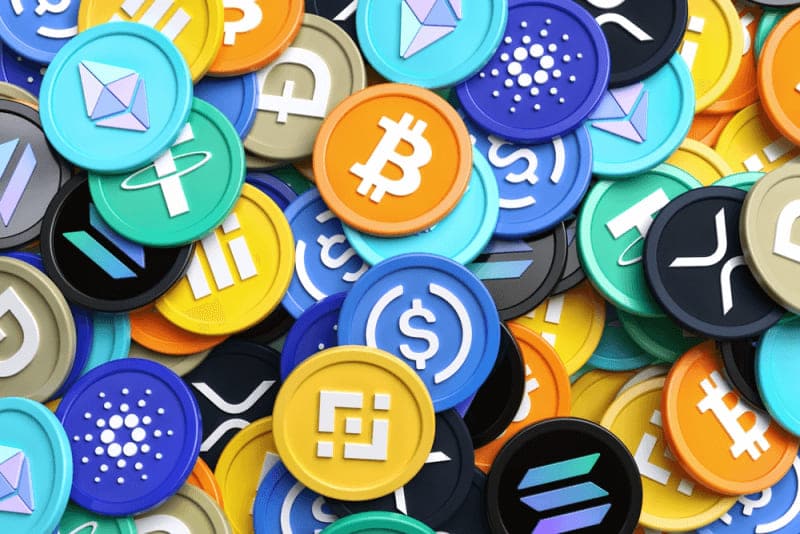 On Monday, the price of Cronos (CRO)–the native cryptocurrency of the Crypto.com exchange–kept climbing higher while the price of other digital assets remained unchanged. The price of the crypto token has reached its highest since November 11 when it hit $0.09 per coin. After witnessing an all-time low in 2022, the CRO token has increased by more than 51%, giving it a market valuation of more than $2 billion.

Cronos (CRO) has achieved a monthly high of $0.083 in the previous 24 hours, amid the rising concerns of the company being on the brink of collapse, after its statement was issued, stating its workforce was being cut down by 20%. The announcement was released on Friday. As a direct result of the brewing bullish sentiment surrounding the token, market capitalization and 24-hour trading volume skyrocketed by 9.87% to $2 billion and 301% to $94 million respectively; demonstrating the growing interest in the market. 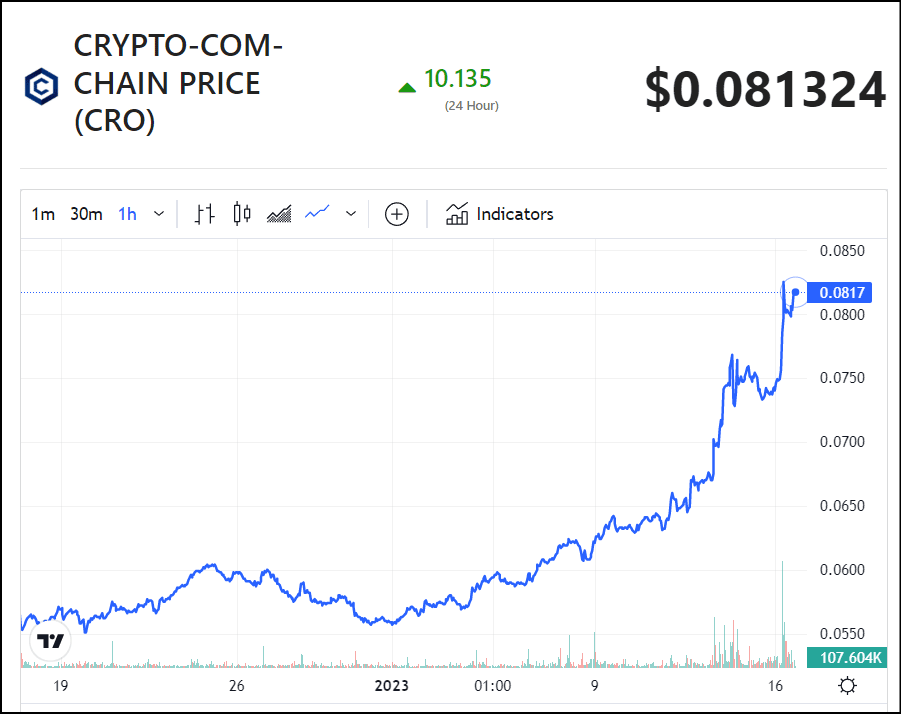 The concept of sustainability is gradually becoming more important in the cryptocurrency industry. In order to lower its overall energy usage and become friendlier to the environment, Ethereum made the switch to the Proof of Stake consensus mechanism last year. This trend has been echoed by other crypto blockchains and protocols, with the latest being Crypto.com’s eight-year carbon removal agreement with Climeworks to neutralize the platform’s direct carbon emissions. The price of CRO saw a major uptick after the announcement was made on January 16.

In response to this development, Crypto.com’s President and Chief Operating Officer, Eric Anziani, stated that:

We are committed to addressing the pressing climate challenge and continuously furthering our efforts.

In 2021, the platform made its first public pledge on the environment. Since then, the crypto exchange has worked with carbon removal service providers, government officials, and even its own business partners like Shopify to evaluate, quantify, and plan for cutting back on its remaining emissions.

The price of CRO has also increased as a direct result of the increased activity in the Cronos ecosystem. According to information that was made public by DeFi Llama, the total value locked (TVL) in important Cronos dApps has been steadily increasing. For instance, VVS Finance has witnessed a rise of 12% in its overall TVL over the course of the past week. In a similar vein, the TVL for MM Finance, Single Finance, Beefy, and Veno Finance has increased by more than 20%. The TVL for Cronos is currently over $398 million, which is significantly lower than its all-time high of almost $4 billion.

Although it’s worth mentioning that, in spite of the current upswing in the value of the altcoin, the company’s cash outflows have decreased by $12 million in the last 24 hours and by $156 million in the last 30 days. As things stand, the Cronos (CRO) price is currently being traded at $0.08132. This represents an increase of 11% on the day, in contrast to a gain of 28% during the week as per CoinGape’s crypto market tracker.

The post Why Did This Crypto Suddenly Surge 300% In Trading Volume Today? appeared first on CoinGape.