Warning: Bitcoin (BTC) Could Tank to $5,000 In Another Domino After FTX

The world’s largest cryptocurrency has come under selling pressure once again and has slipped under $16,000 for the first time since 2020. The collapse of the crypto exchange FTX has infected the entire crypto space.

Crypto lenders in the market have been facing to meet the liquidity demand that has shot up after the FTX collapse. While crypto lender BlockFi is preparing for a potential bankruptcy already, another crypto lender Genesis is desperate to raise $1 billion in cash to meet withdrawal demands at its end. The troubles mount further as crypto exchange Binance has refused to make any investments in Genesis, citing a conflict of interest.

Some market analysts believe that the fall of Genesis could lead to a great massacre in the crypto market. In a note to investors, Peter Berezin, chief global strategist at BCA Research Inc., wrote:

FTX’s unraveling “resembles Enron’s collapse much more than Lehman’s”. Much of the crypto sector “is built on a rickety foundation of fraud and greed, which no amount of technobabble can disguise”.

Berezin has also reiterated his long-term target for Bitcoin to $5,000. This means Bitcoin could potentially see another 66% price correction from the current levels.

As Bitcoin faces selling pressure under $16,000, the address activity for Bitcoin has surged to a 6-month high as per on-chain data. The FUD created by the FTX collapse has forced investors to move coins off the exchange and into self-custody.

Additionally, more selling pressure into BTC is forcing traders to liquidate their assets. As per on-chain data provider Santiment, the number of profitable transactions has dropped to its lowest in three years. It added:

The $BTC drop below $15.8k has caused many traders to finally exit the sector or liquidate assets. #Bitcoin is seeing the lowest level of transactions made while in profit since Nov, 2019. Bounces typically occur when this metric is severely negative.

On the other hand, Bitcoin miners are facing major challenges to continuing their operations amid the price crash and rising energy costs. As Bitcoin crashes under $16,000, the miner selling has resumed recently which could lead to a further correction in its price. 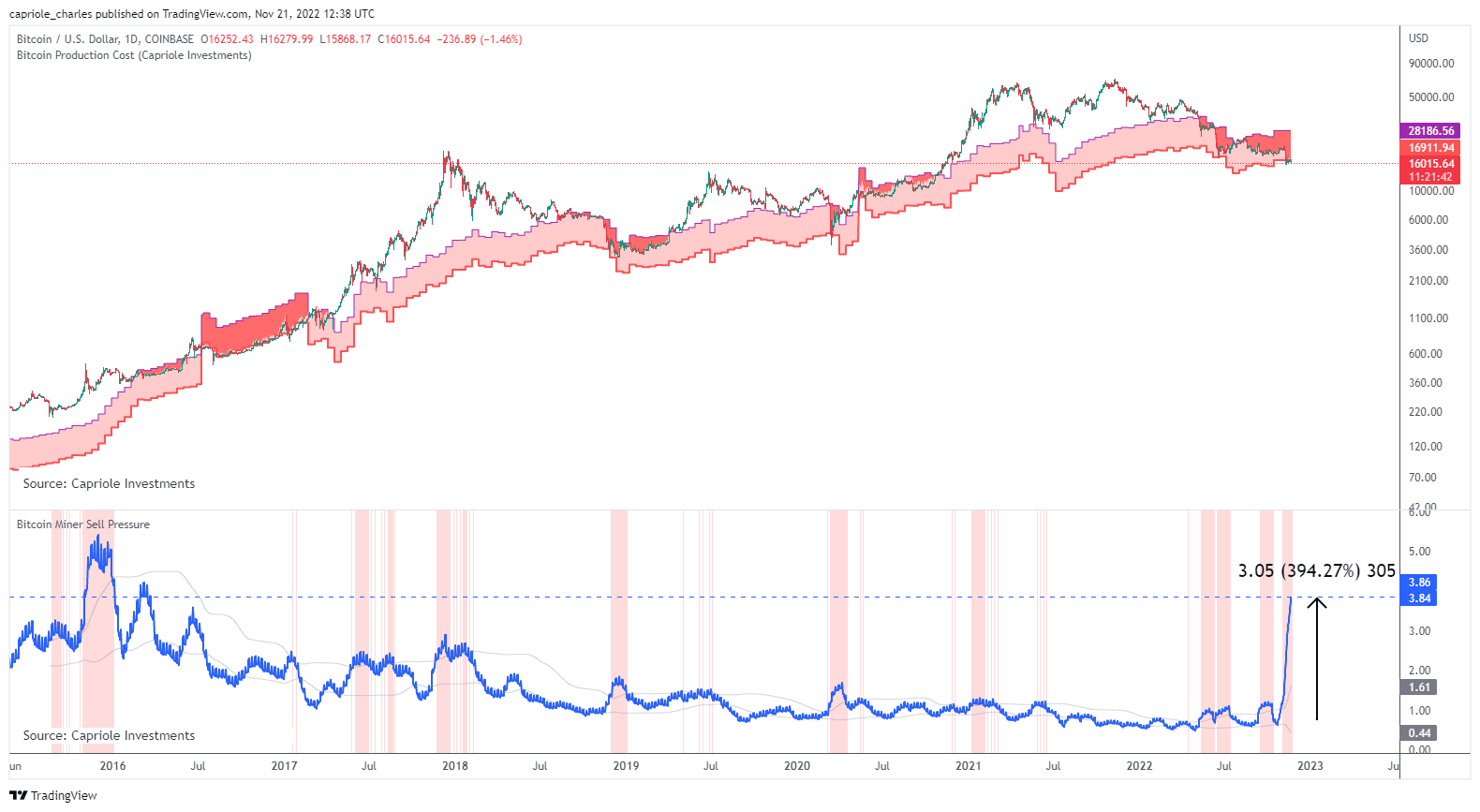 The post Warning: Bitcoin (BTC) Could Tank to $5,000 In Another Domino After FTX appeared first on CoinGape.