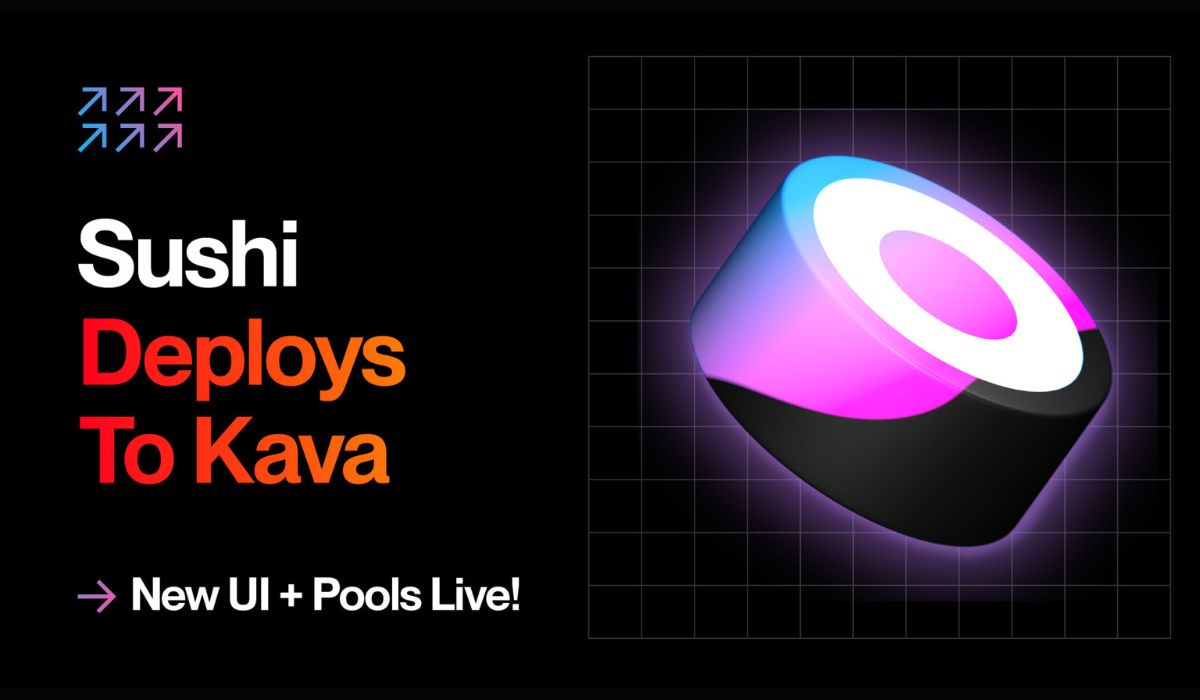 Sushi deploys to the Kava blockchain with a liquidity pool that is eligible for KAVA and SUSHI token rewards.

With the launch of its Ethereum Co-Chain earlier this year, Kava upended the L1 sector and sparked the fastest growth of protocols on any blockchain in 2022. Currently, the tier-1 DeFi protocol Sushi combines its deployment to Kava with a matching rewards program with a maximum value of $7M and an elegantly updated Sushi 2.0 user interface.

Sushi’s wKAVA/USDC pool deployment to the Kava EVM requires liquidity, for which Sushi will reward KAVA and SUSHI tokens. Users can also create new pools with other asset pairs thanks to Sushi’s deployment, especially after the Kava 11 upgrade and the Ethereum bridge later this year. Sushi is now the main decentralized exchange (DEX) on the Kava EVM as a result of these actions.

Scott Stuart, CEO of Kava Labs stated: “Today, I’m excited to announce that Sushi also chose Kava to premier a one-of-a-kind DeFi user experience. Kava aims to onboard and engage more protocols than all the other L1 networks. Kava will reach that goal with visionary partners like Sushi.”

Kava Rise, a $750M rewards program created to encourage 10x growth on the Kava blockchain, has made it possible for Sushi and Kava to achieve their partnership milestone. All Kava Sushi pools will accrue programmatic, on-chain rewards for the Sushi protocol as a result of being a part of Kava Rise.

Along with its deployment to Kava and the launch of the Kava Rise program, Sushi introduces a new user interface (UI) that enhances the usability of its most popular apps, Trident, Furo, and BentoBox. These dApps can all be accessed through the Kava EVM and are all eligible to earn Kava Rise incentives for the Sushi protocol.

Sushi is a decentralized protocol built on Ethereum that offers a broad range of DeFi applications. More than 150K Sushi token holders and 15.68K asset trading pairs make up the over $1.5B in total liquidity that the Sushi ecosystem currently boasts. On more than 20 wallets and 15 supported blockchains, users can interact with Sushi.