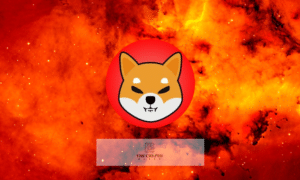 Despite the massive incineration, the SHIB burn rate slumped by 16% in the past day. Over the past 24 hours, millions of Shiba Inu tokens were sent to the official dead wallets. @Shibburn, a Twitter account that tracks token burn transactions, noted that 21,135,647 (21.13 million) SHIB were incinerated in the past 24 hours. According […]