Luna Classic Developer Has This To Say About The LUNC Burn 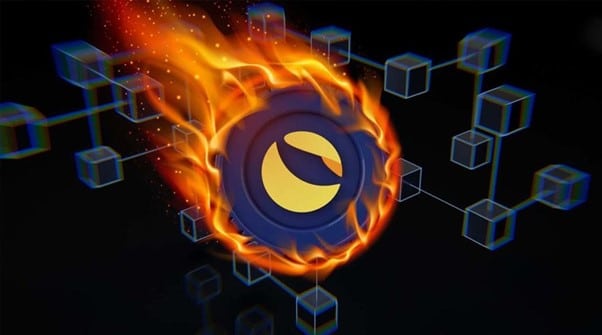 Tobias Andersen, the lead developer at Terra Rebels, has acknowledged that the burn rates for Luna Classic (LUNC) will be low for at least “the next few years.” During an AMA with the community, he said that the burn tax at 1.2% would have taken “close to a century” to burn enough LUNC tokens in order to bring the LUNC price back up to $1.

He further stated that, the ecosystem needed its “economic engines running again” through swaps and higher trading volume, which even if has a lower burn tax to pay, would nevertheless “end up burning things a lot faster”.

In another significant development in regard to the LUNC ecosystem, the controversial Terra LUNA Classic governance proposal has passed with less than 30% of the validators voting in.

Rex Harrison, also known as Rexzy, who serves as the organization’s head of TerraCVita, revealed in a tweet yesterday that proposal 10879 had passed the governance vote with less than 30% of validators participating.

My article on recovering us from the aftermath of 10879 passing on a voting turn out of less than 30% of validators. It’s old school but it’s worked for millennia.

The proposal, which has been a highly debated topic within the community, will be subjected to every spending of the community assets on an on-chain governance vote hereafter. The Terra Classic community is working to restore its broken chain, and discussions lately have focussed on how to pay existing developers and entice new ones.

Notably, the Terra Grants Program’s approval is a big step in that direction and shows the wider development community that the network is eager to support builders. It might accelerate the chain’s reconstruction and initiate new use cases.

The post Luna Classic Developer Has This To Say About The LUNC Burn appeared first on CoinGape.