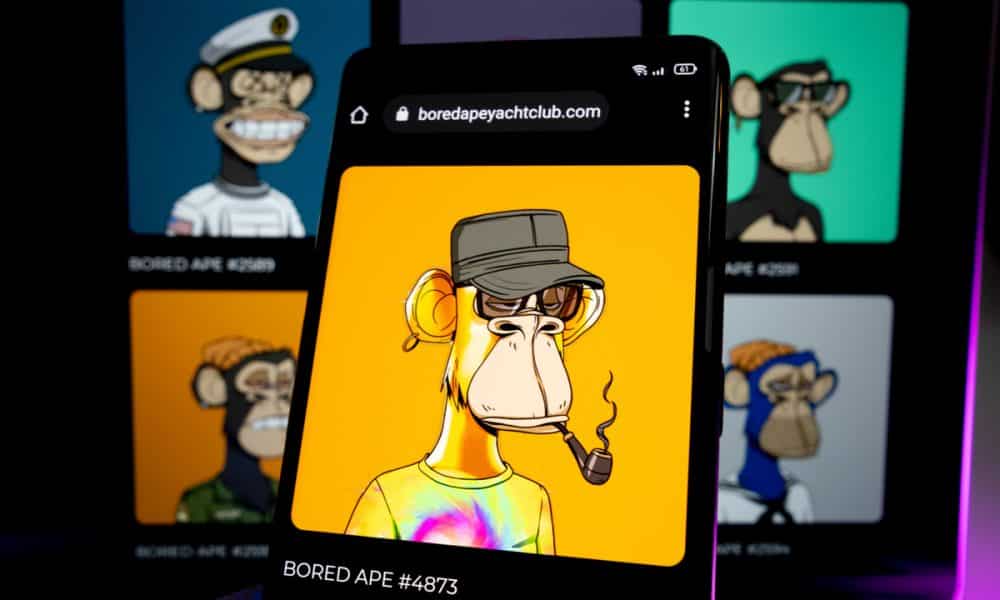 WENEW compiles and launches NFTs of the most noteworthy events in politics, sports, fashion, and arts. In addition to high-profile relationships with renowned companies like Louis Vuitton, Playboy, Wimbledon, Gucci, Puma, and others — WENEW is also home to the story-driven NFT line, 10KTF, making it an NFT power-house.

The Craze Around 10KTF

Holders of the top NFT collections (BAYC, Cool Cats, Moonbirds, and others) can mint and collect one-of-a-kind NFTs showcasing their digital avatar on various metaverse-ready digital wearables through 10KTF which is an interoperable digital marketplace. The collection gained popularity by publishing serialized and narrative-driven content from the fictional shop purveyor, Wagmi-san, and has attracted hordes of devoted community members.

Greg Solano, the co-founder of Yuga Labs, praised Figge, Beeple, and the WENEW team for their efforts in developing an engaging serialized story for web3 while also being able to tap into the love people have for their digital avatars and endless customizations.

He further went on to state,

“Storytelling and world-building are foundational at Yuga and I’m thrilled that we get to work with the creative mind hive at WENEW in a much more robust way. The possibilities of what we can do together are endless.”

Following the acquisition, Michael Figge — the CEO & co-founder of WENEW, will join Yuga’s executive team to lead the position of Chief Content Officer. He will be in charge of pushing the company’s limits of imagination and innovation through novel content strategies and experiences. Mike Winkelmann, alias Beeple, will work as an advisor for Yuga Labs.

Nearly 20 WENEW employees will be shifting over to Yuga, which bring Yuga’s full-time staff to over 100 people around the world.

Michael Figge pointed out that,

“We built this company with storytelling at the forefront. Yuga’s first-class contributions to story, experiences, and community were a huge inspiration. Their principles of openness inspired the interoperability of 10KTF. We’re excited to join Yuga and continue building amazing things in NFTs and web3 together.”

Yuga Labs is a web3 company shaping the future through storytelling, experiences, and community. Guided by the belief that the potential of web3 can be realized when we start with imagination, not limitations, Yuga’s initiatives aim to reinvent what real-world utility for NFTs look like and push the space forward as a whole.

Since their launch in April 2021 with flagship collection Bored Ape Yacht Club, they’ve made headlines as one of the first companies to release IP licenses to their NFT holders, acquired and released rights to other top collections (CryptoPunks and Meebits), and made web3 history with record-breaking synchronized player participation in their newest initiative, Otherside.

One of the most ambitious interactive metaverse projects to date, Otherside is built with the community, rebelling against traditional walled gardens in gaming spaces.