Is Bitcoin (BTC) Price Heading For $46K After This Massive Breakout? 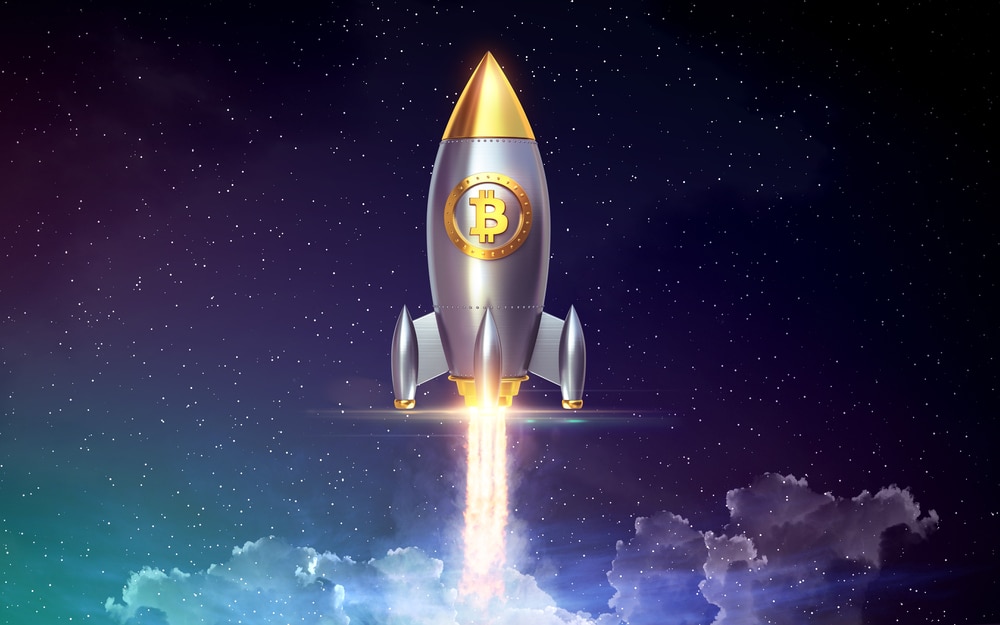 On Tuesday, several cryptocurrencies, including Bitcoin (BTC), were trading higher with gains as the crypto market continued to rise. The price of Bitcoin (BTC), the largest cryptocurrency by market cap, has risen by almost 40% to breach the $23,000 level in January, indicating a substantial surge for the asset. This marks the highest gain for Bitcoin since October of 2021.

The recent price surge has caused many prominent analysts to focus on greater values, which were last seen in the mid of 2022. However, they also forecast further gains based on the sentiment of traditional risk assets which sometimes act as a catalyst to the price of volatile assets like Bitcoin. According to crypto research conducted by Game of Trades, BTC is racing towards a major breakout on its 1-year chart, with the likely prospect of hitting $46,100 sooner than was initially anticipated. This would come after first breaking resistance levels located at $25,000 and $32,000.

A price is considered to be at a resistance level when there is a reasonable expectation that supply will be strong enough to prevent further price increases. 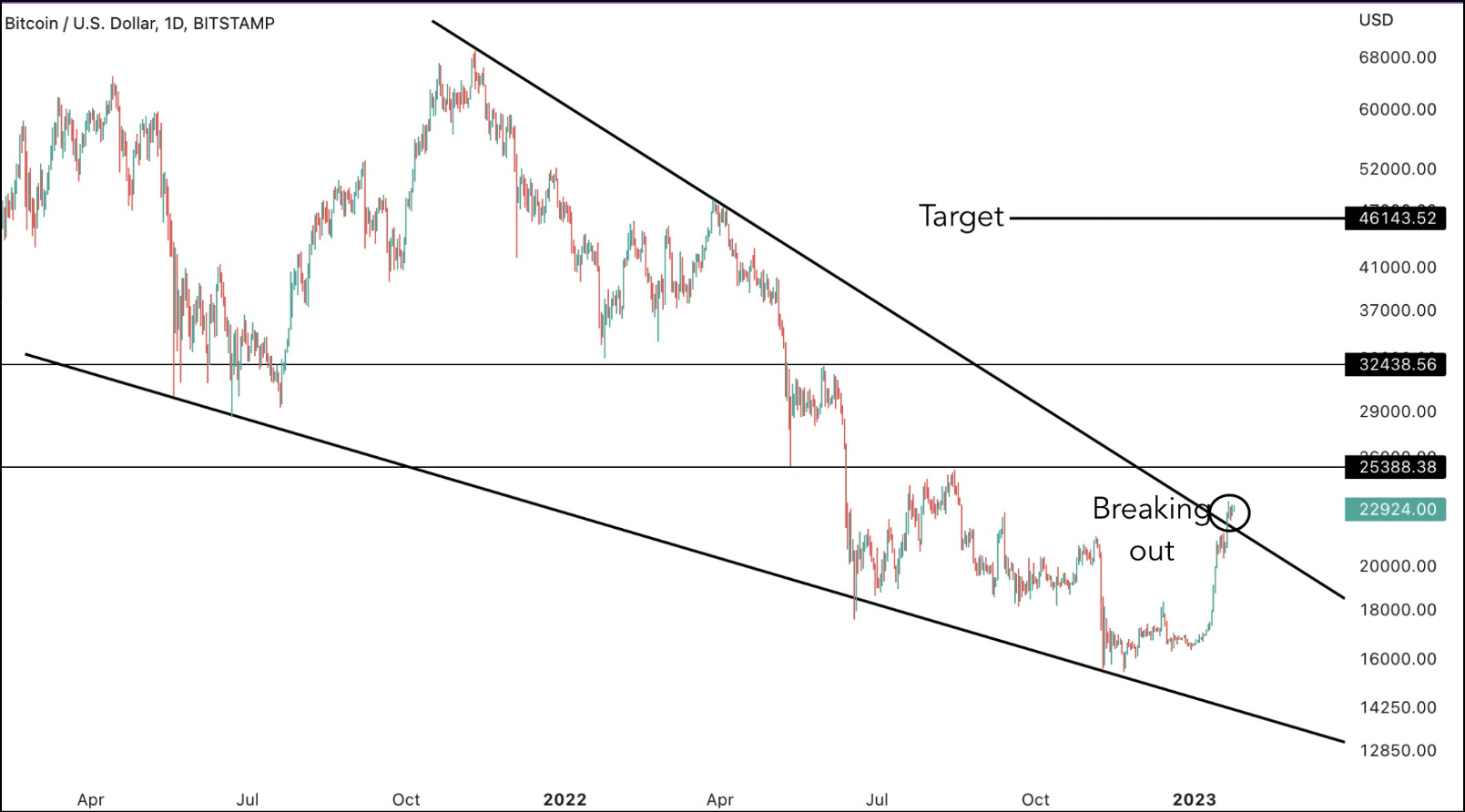 The rebound is strong given that it has overcome significant resistance levels despite continuing worries about the effects of the collapse of the crypto exchange FTX. A rally toward $25,000 is possible, but it may be contingent on traditional risk assets, led by bluechip technology companies. As per market experts, these traditional risk assets have regained their footing over the course of the last two trading days as fears of a recession have subsided while the Federal Reserve is expected to be less hawkish. The government body is expected to hike interest rates on February 1 by only 25 basis points, according to speculators.

According to a report that was published earlier on CoinGape, there are other analysts who have voiced the same opinion on the price of Bitcoin (BTC). One such analyst is the well-known cryptocurrency analyst Michael van de Poppe, who predicts that the price of the flagship digital asset could reach as high as $35,000 in the coming few months. 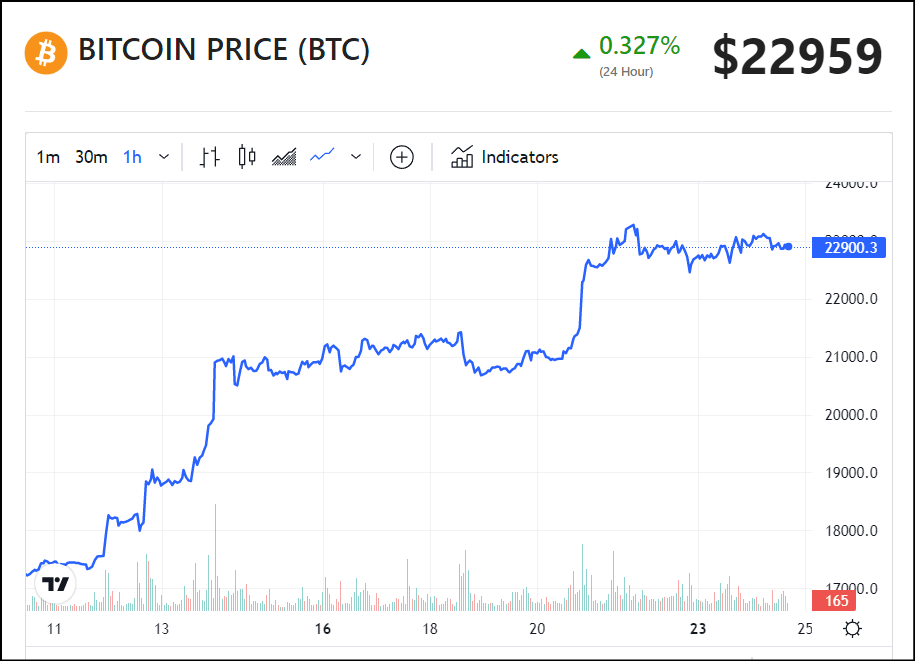 According to data that was obtained at the time of writing, the overall cryptocurrency market had increased by 0.56%, bringing its value to $1.05 trillion. In addition, the total volume of trades executed increased by 5.85%, reaching almost $56.55 billion. As things stand, the Bitcoin (BTC) price is currently exchanging hands at $22,959. This represents an increase of 0.20% on the day, in contrast to a gain of 8% during the week as per CoinGape’s crypto market tracker.

The post Is Bitcoin (BTC) Price Heading For $46K After This Massive Breakout? appeared first on CoinGape.