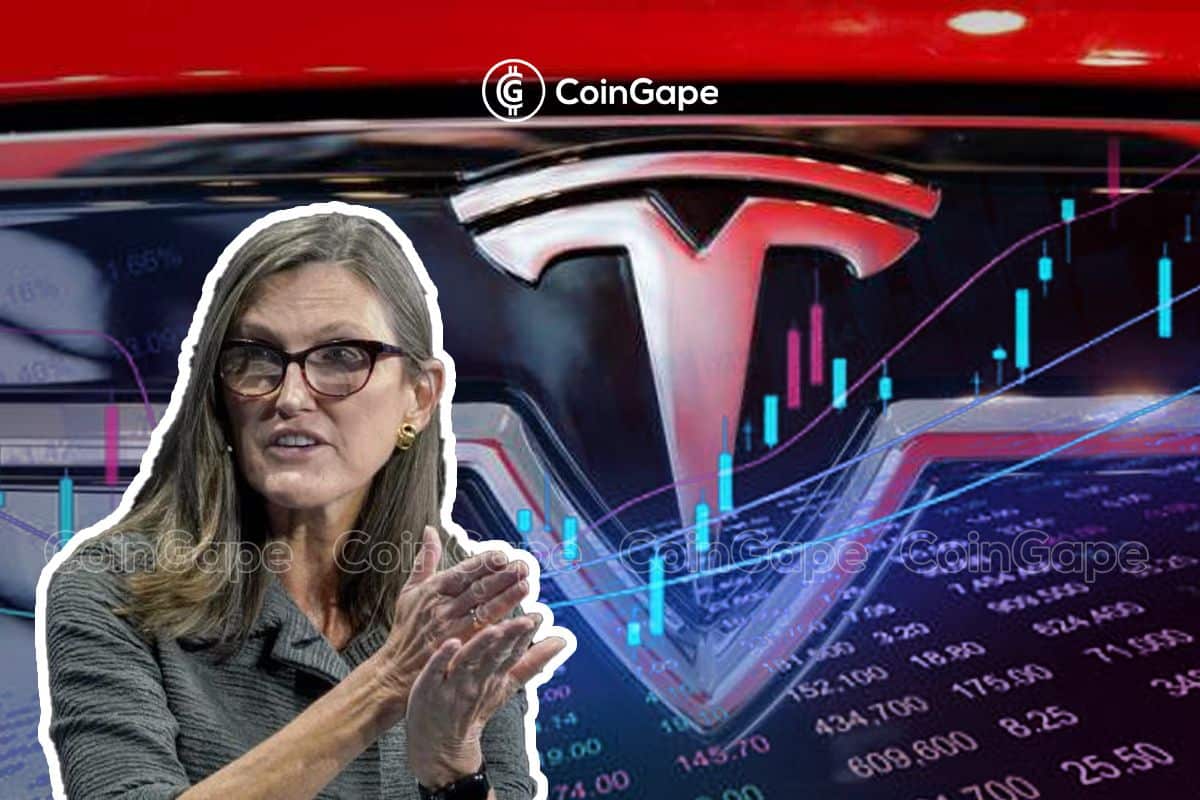 Cathie Wood’s firm Ark Invest has bought another chunk of electric vehicles firm Tesla. Reportedly, on Tuesday, the firm purchased 13,243 shares of Tesla (TSLA). Cathie Wood has been an aggressive buyer of $TSLA shares and has maintained its share price despite global market uncertainty.

Ark Invest has bought 13,243 shares of Tesla. Cathie Wood, the founder of Ark Invest, has expressed confidence in Bitcoin and Tesla. She recently reaffirmed that the price of Bitcoin might reach $1 million by 2030.

As per CoinGape’s previous reports on January 11, Ark Invest purchased  99,523 shares of Tesla (TSLA).  Furthermore, it has acquired 475,522 shares of Tesla since the beginning of the year. It specifically added 343,742 shares to the ARKK fund. In 13 transactions in December, ARK Invest bought 254,992 shares of Tesla.

Since Elon Musk’s acquisition of Twitter, Tesla shares have fallen sharply. Last year the shares were down by 53.63%. Currently, Telsa shares have a greenish mark as it is up 7.74% today and up 14.33% in over 5 days.