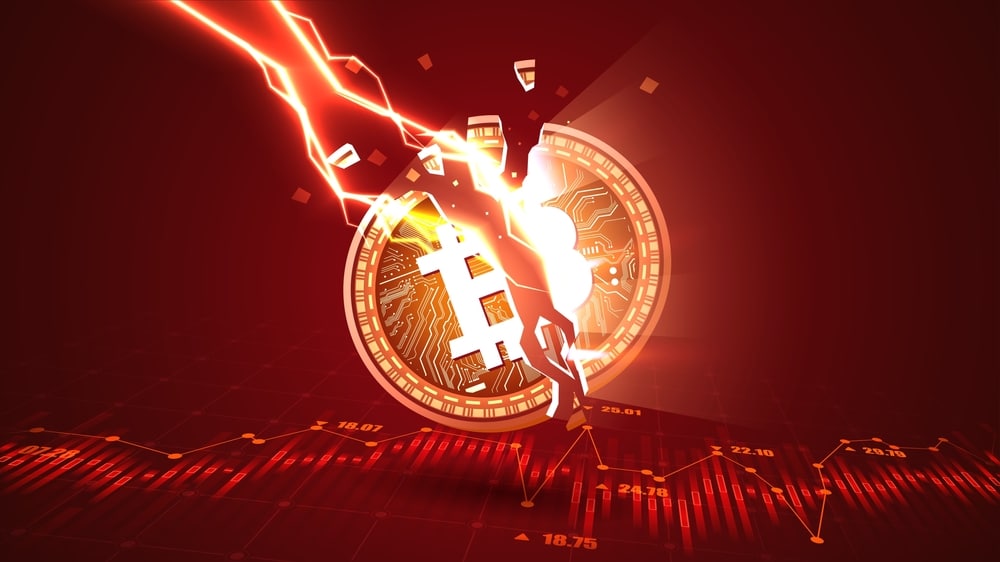 In what is shaping up to be the elixir to last year’s steady bleed to lower prices, the month of January has given the volatility that Bitcoin bulls were hoping for; the question now is whether or not they can sustain it. Recently, Bitcoin’s (BTC) market cap has surpassed that of both Visa and MasterCard put together, thanks to the cryptocurrency’s recent price surge beyond the $20,000 threshold. However, there are a few on-chain metrics that are singalling red flags, indicating a possible hindrance to Bitcoin’s newfound price rally.

According to a hypothesis that was presented by a crypto analyst in a post on CryptoQuant, Bitcoin miners could be exerting sell pressure on the market right now. The “Miners’ Position Index” (MPI), which gauges the ratio between the miner outflows and the 365-day moving average of the same, is the prime indicator pertinent to this scenario.

The term “miner outflows” is used to describe the aggregate amount of Bitcoin that all of these chain validators are currently moving out of their wallets. In most cases, miners withdraw their coin stockpiles from reserves with the intention to sell them off on the open crypto market. Because of this, a high value of the outflows may indicate that this group is currently disposing of substantial sums of BTC.

Read More: What is Physical NFT? and How to Sell Physical Items as NFT

As a result of the MPI’s comparison of these outflows with their annual average, the value of the indicator can inform how the present miner’s selling compares with the average for the past 365 days. If the value of this indicator is high, it indicates that miners are selling at a greater degree than is typical at the moment. On the other hand, if the value of this metric is low, it may suggest that there is less selling pressure coming from these Bitcoin validators than the mean for the previous year.

The following chart illustrates the movement of the Bitcoin MPI over the course of the last year and a half: 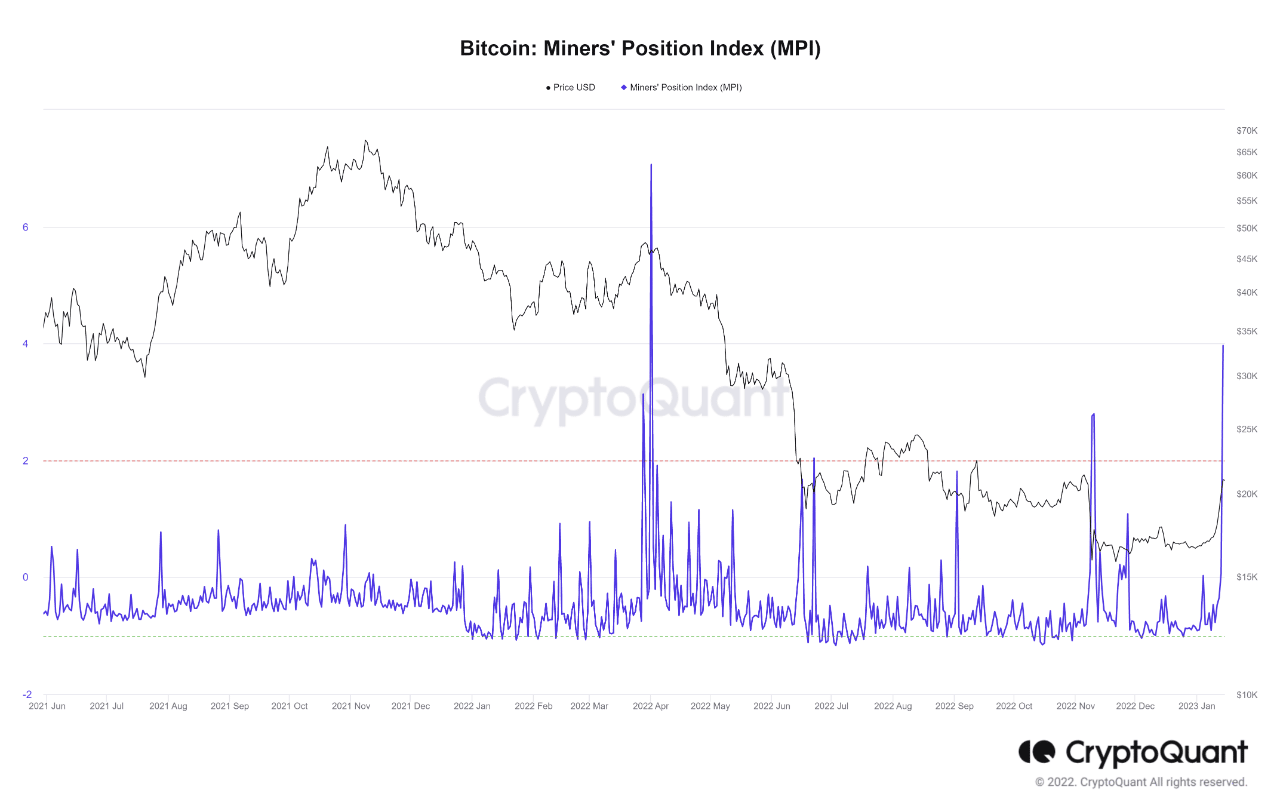 Bitcoin’s Market Price Index (MPI) has recently experienced a sharp increase, as can be seen in the graph shown above. It has recently reached a value of roughly 4, which is the largest level that the indicator has seen since April of 2022. The fact that the metric has such a high value may indicate that miners are extracting a significantly higher volume of coins than is typical, and as a result, may be exerting an unusually high level of selling pressure on the market at the present moment. The previous time the indicator noticed high values were back during the collapse of the cryptocurrency exchange FTX, when Bitcoin’s (BTC) price saw a strong downward trend. 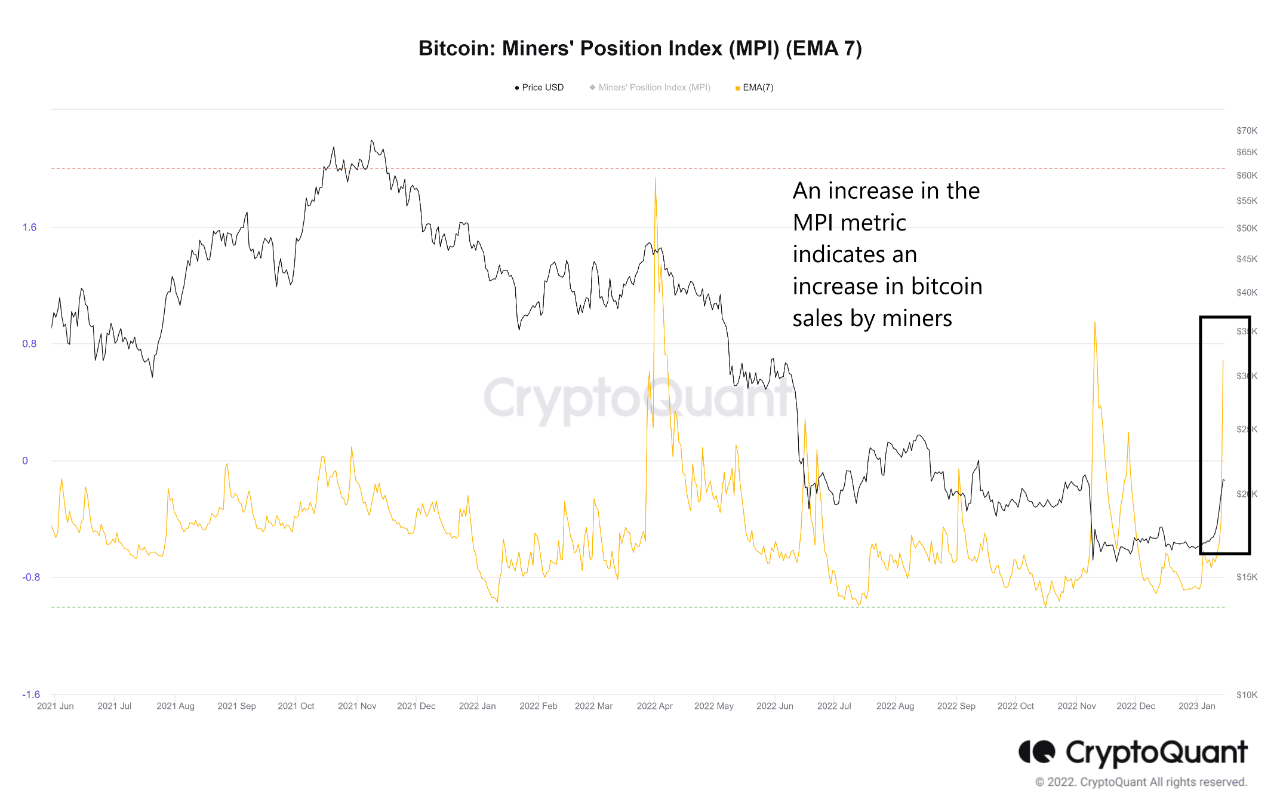 As things stand, the Bitcoin (BTC) price is currently being traded at $20,811. This represents an increase of 0.37% on the day, in contrast to a gain of 20.81% during the week as per CoinGape’s crypto market tracker.

Also Read: Why Is This Crypto Analyst Predicting A $12K Price For Bitcoin?